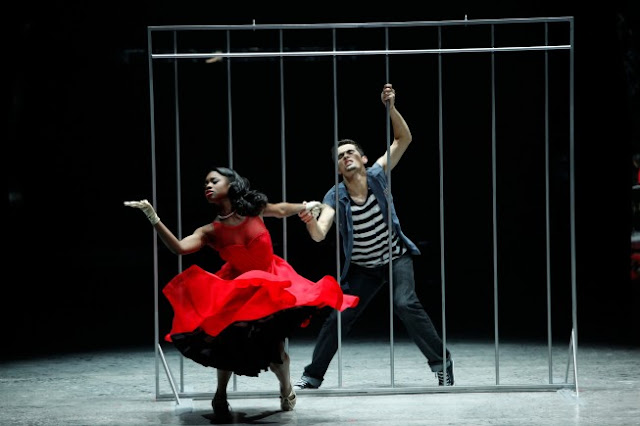 The Emmys are just a few weeks away now and we were thrilled to speak recently to Spence Liff, choreographer extraordinaire from So You Think You Can Dance who is nominated for three routines he did for the show. In our exclusive interview, Spencer talked about being nominated, the dances he was selected for, his influences and more.

We first asked him about finding out about his Emmy nod. He replied, “It’s very cool, surreal and definitely unexpected. The best phone call I ever got woken up at 5:45 in the morning for.”

The way the award works in the choreography category is the individual (or producers of a show) submit a sampling of numbers from a season. So it’s not just one dance. SYTYCD submitted several of Spencer’s routines. He explained, “I was nominated for three pieces that were all very, very different which is why I’m really proud of it because they’re totally different vibes and styles.”

The jailor routine (pictured above) was danced by Ashley Rich and Chris Koehl and depicted a young woman visiting her man, who was behind bars. Spencer recalled, “It was early on, it was the top 20 show so it was right at the beginning of the season and I actually loved it. It was a sexy, fun number. They got put on the Hot Tamale Train for it, which was great.”

He also did a number for the eventual winner of Season 8, Melanie Moore. Spencer described the thought behind it. “I had this idea for a while of wanting to do a story about a choreographer and a dancer alone in a dance studio. You see the intimate relationship that develops sometimes between a dancer and a choreographer that you’re working with and how sometimes passionate love of dance can sometimes be confused with actual feelings.”

He added, “I think that’s probably my favorite piece that I’ve ever done on the show. And it was a long time coming, I’ve been thinking about it for a long time. And Melanie and Tadd [Gadduang] really brought something incredible to it."


The third nominated piece was one he did for Sasha Mallory and Marko Germar, to the song “Whatever Lola Wants.” Spencer described the piece, “It was a very playful number about a timid, shy waiter and a very seductive woman who comes in to dine late at night and seduces her waiter. It’s hard to do the numbers sometimes because the kids don’t understand the musical comedy aspect of it but they totally nailed it. It ended up being a great lighthearted number for the finale, which was filled with a lot more serious dances.” 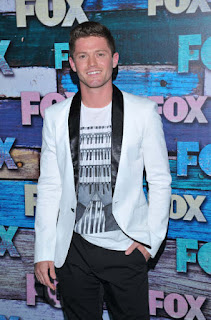 
Spencer admitted to being a bit shocked by the Emmy nod, not because of his work, but because of the themes. “Broadway has never been nominated before for the show. And usually lighthearted things are not nominated... It’s always the very serious contemporary pieces that are about cancer and about addiction and things that are about a more serious context. It wasn’t what I expected for the nominating committee to look at something that was a little bit more playful and musical theater and Broadway-based to put that up in the same categories as again this year there are some incredible contemporary pieces nominated.”

But he is honored to be included in the list of nominees, “I love what’s nominated and I love being part of that… I think all of the numbers are insane… when you see who you’re nominated up against and I knew all the numbers and you think, ‘Wow, I fit in there. I fit in that group.’ That’s so cool.”

Spencer, who started his professional career dancing on Broadway with the inimitable Tommy Tune on The Will Rogers Follies, credits the choreographer/director with shaping his path. “Working with him and watching him direct and choreograph I knew instantly… that that’s what I wanted to do.” He also said that Adam Shankman (who he worked with in Hairspray and Rob Marshall are also great inspirations to him. “They’ve been able to marry the directing and choreography and the love of musicals and turn that into such a huge career. So that would be where I’d like to go and what I’d like to emulate.”

Aside from dance, Spencer is most passionate about food and wine. He stated, “The perfect day, night, date for me would be to have an incredible meal somewhere... My best friend and roommate for many years is a wine sommelier and he’s spoiled me... When I travel I love to eat my way through town. It’s so exciting. Thankfully I’m a dancer and I can burn it off.” He added, “Other than dance, which takes up so much of my time, when I get together with my friends and go out try out the new hot restaurant in town, that’s definitely my idea of a good time.”

But surprisingly, when we asked Spencer what pop icon he would like to be for a day, he did not choose a choreographer or a director or even a great chef. He answered, “Janis Joplin or Nina Simone. I love old music like that. My mother introduced it to me when I was very young. Our favorite singer was Nina Simone. It’s really about that era. It’s the struggle and the fight that they were going through and the freedom that came about that. I’d love to know what’s going on in Janis Joplin’s head in that era… I’m a little bit of a hippie at heart.”

Watch for more Spencer Liff routines as So You Think You Can Dance continues on Wednesday nights at 8 p.m. EST/7 p.m. Central on Fox.
Posted by Pop Culture Passionistas at 2:00 AM