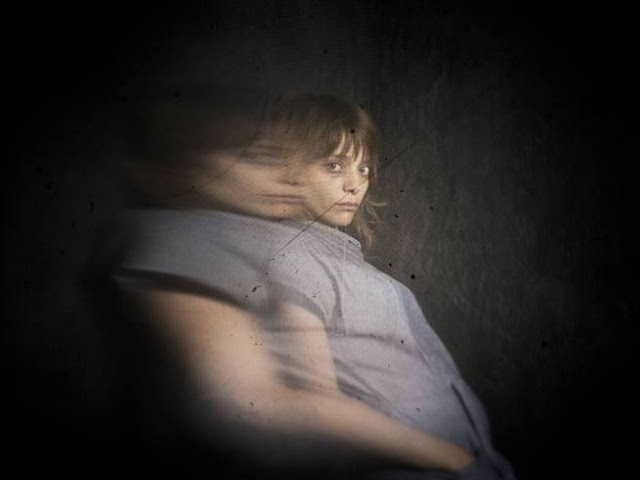 It’s not every day that a French actress lands a role on a primetime U.S. series — especially one named American Horror Story. And when Lizzie Brochere nabbed the part of Grace on Season 2 of the shock series, she had to bone up on one very iconic murderess from the states. After all, her character is based on the infamous axe wielder Lizzy Borden.

In a recent conference call interview, Brochere talked about researching Borden for her turn on AHS: Asylum. She recounted, “I discovered a source book with her inquest testimony. I loved reading it out loud. I thought she was so smart and strangely fascinating, that character. I don't know if it helped my acting, but it was necessary for me to know a bit more of that character, who was a very important American figure. I had no clue who she was.”

Brochere worked on other aspects of her onscreen persona as well. She recalled, “I did a lot of stretching, yoga and dancing, almost ballet… She's very sexy, so you want her to be moving in a smoother way than I do. So that was a little job. And Grace, she's somewhere in me — apart from that big backstory and all that. Her sarcasm, her way of seeing life and that little liveliness she has. How she always says amazing lines when you feel like she's a young little Tibetan monk.”

And Grace also had a dark side. In Borden-esque fashion, she whacked a whole lot of people. As strange as it may sound, Brochere said that shooting those gruesome scenes was actually fun.

She confessed, “The whole crew was so happy to change my look, and they were really excited about doing some kind of flashbacks and knowing a little bit more about Grace. So everything, costumes and hair, for example, I don't have the same haircut at all. They really wanted to show Grace as she was before the asylum, and everyone was really excited about that.”

And she acknowledged that the attention to detail was fascinating from her perspective. “The actual murder scenes, there was a lot of blood, a lot of different axes. We had six different axes that are still in the props office and they're all on the walls. You have one that's a rubber axe, and then you have another one that's a real axe and you should never mix up with the other one.”

Brochere added, “Then you have another one that's a half cut axe, so that you can pretend that it's in the body. You only have a part of it sticking out of the body. We have so many different axes. It was funny. Then you have, for example, when I kill my stepmom, we have these effects guys that were behind the body of my stepmom [adding] blood on the face each time that I hit her. There were so many people in that closet it was [crowded], but it was fun.”

Admittedly it was fun to a point. Filming content with such nefarious undertones can be chilling. As Brochere revealed, “I hide in the closet, and I dove back and I go back and I think that I'm saved. And then there's this foot with blood dripping on my shoulder right next to me — so realistic, so realistic. It was crazy. I couldn't open the closets after that for a week at my place.”