Ryan Ochoa from Pair of Kings to Madison Square Garden 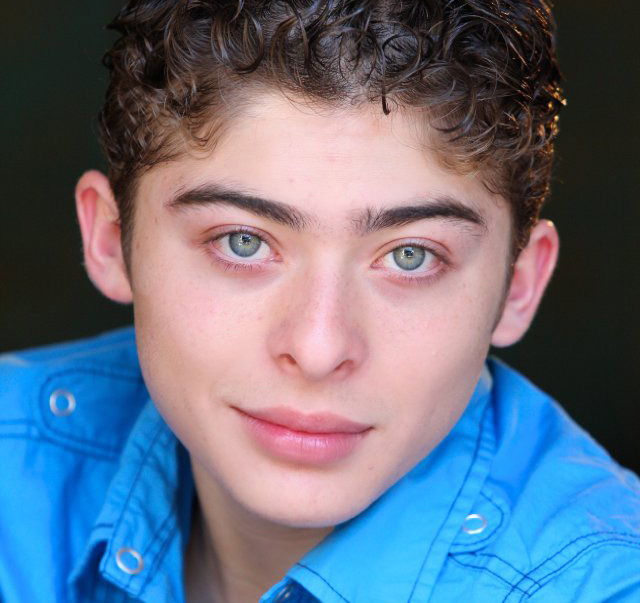 Ryan Ochoa started acting when he was just five years old. He got cast after going on his first audition ever to do a Greyhound commercial and his career was off and running. One of his earliest movies was Christmas Carol with Jim Carey, in which he did motion capture work. This led to Disney's Mars Needs Moms, which landed him a gig on iCarly. Firmly entrenched in the Disney family, Ryan was offered the role of Lanny on Disney XD's Pair of Kings.

He has been playing the role of the evil cousin for three seasons. The series in ending in February after a four-part series finale but it's not the end of the road for Ryan. He and his three brothers — Raymond, Bobby and Rick — have big plans. In a recent exclusive interview, Ryan talked about Pair of Kings, his brothers and his passions.

When we asked, Ryan couldn't pick one memory form his time on Pair of Kings that stood out. It was more about the atmosphere on the set. He couldn’t say enough nice things about his fellow cast mates. He is particularly close to Geno Segers, the only adult regular on the show, who plays Mason, the royal advisor to the kings. Ochoa stated, "He's the adult, the oldest one on the show and I'm the youngest. But me and him are the closest. I'm close with his family and he's close with my family. And everywhere we go, were always hanging out."

He is also very tight with his fellow young co-stars Adam Hicks, Kelsey Chow, Doc Shaw and ex-castmate Mitchel Musso. He acknowledged that since he's on set sometimes more than he's home, the other actors have become his surrogate family. He noted, "I really liked going to set every day and we really built something strong. And I think it showed on camera."

He continued, "It was a really happy set. Everybody there enjoyed working and coming to work every single day because they knew that everybody wanted to be there… It wasn't working a job to anybody. We were going to make a show and just have fun. And that's something that I took from that." 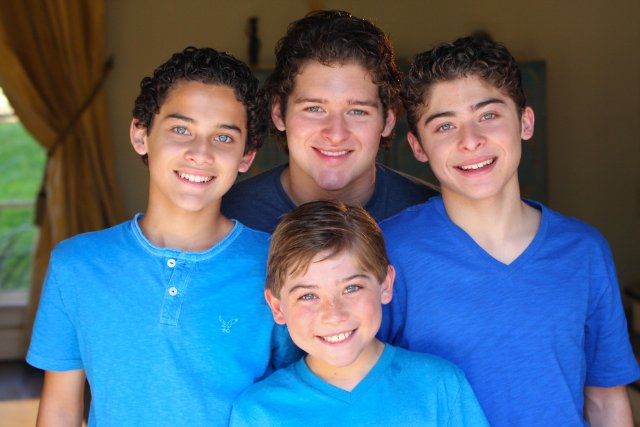 But with the show coming to an end, he's turning to his real life family for the next step. He shared, "With Disney there's always that option of going to do music. But I was never for that because and loved acting so I just wanted to do acting. After some careful consideration and thinking about ways to work with his three brothers, he figured out a niche. Ryan said, "There's four boys, this is kind of new. So why not build our own boy group?"

The brothers have formed the Ochoa Boyz. Ryan stated, "We have fun, kid dance music that kids want to listen to. So we've been performing a lot lately. But then we also have acting projects in the works that together and separately that we're working on."

He loves working with his siblings. "It's not a job to us. It's just us boys being brothers and having fun together. That's what it's all about. It's not about a job. It's not about working. We get to make music and make TV together and it's really cool."

Ryan's biggest career goal is to be a big movie star like Leonardo DiCaprio, one of his favorite actors. He doesn't dream small, for sure. We asked where he’d be in ten years and he has it all worked out. "Hopefully I've already done a show with my brothers, all of us. And probably starring in a big trilogy like Transformers. Or not even a trilogy, but some big [franchise] like Harry Potter. I'd love to be the star of that. That's my dream. Or maybe selling out Madison Square Garden. I have different goals for acting and music."

But in the end it all comes back to family for Ryan. Of course he’s most passionate about acting and music and even has aspirations to get behind the camera some day. But he admits his biggest passion is family. "I feel like family is very important and that's why my me and my brothers are like, 'We might as well do everything together because nothing can break up your family.'"

When we asked Ryan which pop culture icon he'd be for one day, he once again shot for the stars with his reply. "James Dean. Because every movie that he made, and he didn't make too many, were ultimate classics. And that's what I want to be remembered as, the actor who had those awesome movies that people will remember forever."

For related stories check out:
Pair of Kings' Geno Segers Got into Theater on a Bet
The Cast of Kickin' It Talks About Their Characters