Naomi Campbell Starts Her Search for The Face 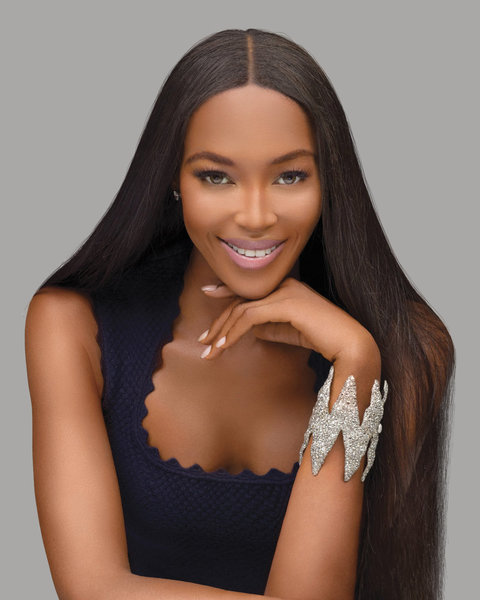 As far as modeling reality TV shows go, it’s hard to beat America’s Next Top Model. But fashion super star Naomi Campbell is ready to give Tyra Banks’ series a run for it’s money with her new offering The Face. In a recent conference call interview she talked about what sets her competition apart from those that have come before.

When asked how she and The Face will be different from Tyra’s and America’s Next Top Model, Naomi responded, “Well first of all I am different. I’m before Tyra and I have a lot of respect for Tyra and what she’s done with ‘America’s Next Top Model’ and taking it all over the world and what she’s done for young women out there who want to be in the fashion industry. I don’t like to compare anything that I do. This show is a completely different type of format.’

One of the main differences between the two series is that The Face will feature three super model mentors — Naomi, Karolina Kurkova and Coco Rocha. The 42-year-old described her personal style, “I’m very honest and I’m quite tough with my girls because I won’t be with them to hold their hands going through castings and going out there in the real world. So I praise them when they do things great and coach them.

She might not sugarcoat her comments but Naomi clearly wants to give constructive criticism. She explained, “When they do something that I think is not right in the world as I know it in our business, I tell them that. I would suggest to them that they could change that and try to enhance on something else. Or try not to do something else. And each girl is different and each girl has their own different types of things. So I talk to each girl individually.”

She added, “I’m tough love, but I care very much about my girls. And I want them to get as much out of me as possible. And asking me questions and anything that they need to know that will help them. So I’m available to them really about 24/7 the whole time that I was with them. As I’m available for my girls in my team now who I still talk to up until this day.”

As for her relationship with her fellow mentors, Naomi conceded, “It’s a competition and I want my team to win obviously. I think I have the best girls. And, for me, it’s a competition even between the coaches and our mentoring styles. And we each are very different and in different places in our careers. Even though I’ve been doing it longer than both Karolina and Coco together, we all have our different approaches. So you’ll see that we mentor our girls in a very different way…. I get along with both the girls. But at the end of the day this is a competition and I do realize that we do have someone’s career in our hands.”

Whoever wins the title will become the face of Ulta Beauty. As Campbell noted, that’s not the type of opportunity that was available to newcomers in her early days on the catwalk. “When I started modeling, you don’t get a contract like that in the beginning of your career. Usually that’s something you would aim for towards the end of your career. So you take it seriously. And we are very aware that we have someone’s life, changing someone’s life in our hands. In terms of putting them on the right road and launching them into this world of fashion.”

Since the season is already complete, Naomi confirmed that the winner of “The Face” is ready for her close-up. She remarked, “The girl that’s our winner, I definitely think she will be seen. She will be known around America nationwide. People will understand and say, ‘We totally get this. We understand why this girl is the winner.’ And she fits the criteria. She is it. She looks like a model. She is a model. She’s not someone that I would walk past in the street. It’s someone that I would walk past and look at. She definitely has a great sense for being very distinctive and she has that extra little something that we talk to our girls about having to have, she has that.”

See if you can spot that elusive quality when The Face premieres on Tuesday, February 12 at 9 p.m. EST/8 p.m. Central on Oxygen.