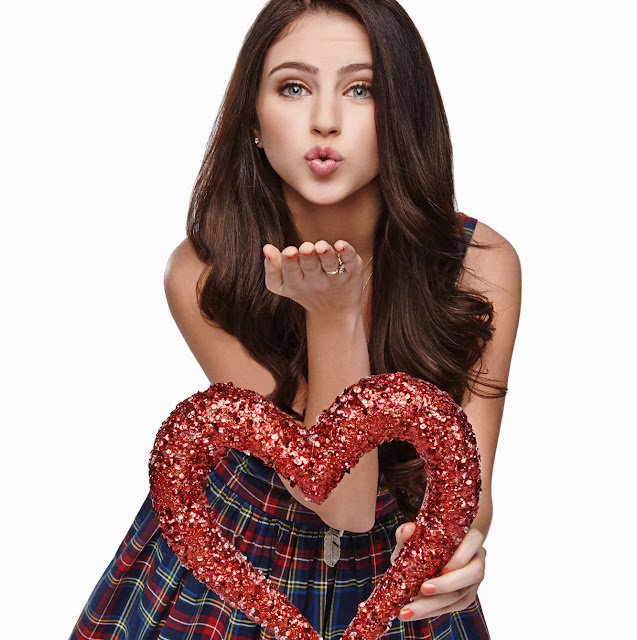 Nick at Nite's new series See Dad Run stars Scott Baio as former actor David Hobbs. With his actress wife going back to work on a soap, David is now a stay-at-home dad to his three kids. His oldest daughter is played by 14-year-old actress Ryan Newman. In a recent one-on-one interview Ryan told us she didn't know who Scott Baio was when she first auditioned for the part. She had no knowledge that Joannie used to love Chachi, that Charles was once in charge or that Scott was now over 46 and pregnant.

After getting the audition she did a little research about the actor and then she talked to her mother, who told her, "He was our generation's hearth throb." Ryan continued, "I had no idea. I see tweets now that these moms going crazy over him and it's so funny to me."

To Ryan, he's just her co-star Scott Baio. She said, "Scott's like my dad in a way, but he also treats me like I'm his age. So we have an interesting relationship, but it works. We have a very strong bond and we're very close and we have a lot of fun with each other."

On the show their relationship is also complex. Ryan explained that as a new stay-at-home dad, David has "to learn how to be a dad again and learn how to take care of people instead of people taking care of him. You get to see him rebuild his relationship with his kids."

Ryan described Emily. "She's a typical teenager. Every teenager is going through the same stuff and she's learning the same lessons and growing up in the same way. And she's a little sassy with her siblings and gets to boss them around and gets annoyed by them, of course. She has a little brother and a little sister. She's little sassy but she's sweet and you get to see her get to know her dad again."

Ryan is also close to the rest of the cast — Alana Ubach who plays her mother and Jackson Brundage and Bailey Michelle Brown who play her siblings. "It's very light on set — very light and happy. We're always laughing. We're always having a blast. We're like one big family. We have so much fun.

Ryan also had high praise for another cast member — Mark Curry (Hanging with Mr. Cooper), who plays the head writer of David' old sitcom and next door neighbor. She commented, "He's hysterical. He is pure comedy. He's this huge, huge guy and he'll shoot me a look and I'm on the floor laughing. He knows I think he's hysterical and he takes advantage of it."

Off screen Rayn admits to being a huge "math nerd." She says, "It's my absolute favorite subject. I love it so much. I've always loved math and surprisingly as math has gotten harder I still enjoy it." And while she loves numbers, she plans to stay in show business when she gets older. She said in ten years she hopes, "I'd be graduated from college and hopefully I would have transitioned really nicely into the adult acting world."