A Conversation with Eric McCormack from Perception 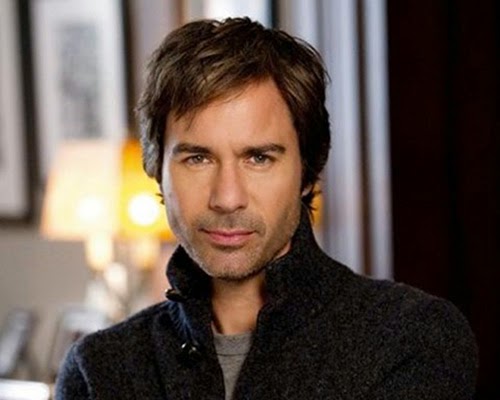 Tomorrow night Perception returns for the second half of Season 2 on TNT. At the heart of the series is Eric McCormack, who has left Will Truman from Will & Grace in the dust to create a very complex, character in Daniel Pierce, a neuroscientist and professor who is also battling schizophrenia.

We had the chance to talk one-on-one with Eric last week about the challenges of playing such a complicated role. “Getting it right from the beginning was crucial to me. And setting the templates for his symptoms, his passions, his behaviors, his fears. It’s keeping true to that.”

Since they often shoot two episodes concurrently, it is sometimes difficult for the actor to keep track of which crime and which hallucination he is preparing for. He stated, “In the midst of all the basic keeping up with the plots, I have to remind myself to keep true to who he is. Remind myself that he’s not comfortable anywhere and not fall into the trap of just solving crimes.”

It is also a character that stays with him at home. He told us that while he’s shooting it doesn’t feel like it’s hard to leave Daniel on the sound stage, but he noted, “I can only gauge it from my wife… by April she’ll be like ‘okay you are making me crazy, get out of here.’”

He continued, “I think it’s because when a television show has this much dialogue to memorize, it becomes so much of what I do — either lectures on a classroom or highfalutin theories that he suddenly comes up with. That rapid pace that comes with tremendous knowledge, that I don’t actually have. The work is ongoing and my brain does get a little hung up on it.”

But it is depth of the characters and the surprises in the relationships that Eric loves about the show and about doing TV in general. “One of the things I love about television, you sign on to a pilot and there aren’t a lot of answers yet… It’s the growing reality of television.”

One relationship that has been unfolding on screen is between Pierce and his teaching assistant Lewicki. Eric pointed out, “We learned at the end of Season 1 that, in fact, Lewicki had been my nurse prior to being my student assistant. So in fact, as abusive as my character can be to him, it’s like being abusive to your mom, or your kids. You’re mean to the one you need the most. And Pierce absolutely needs Lewicki.”

In an upcoming episode, “Brotherhood,” both Pierce and the viewers find out some background on Lewicki. Eric reveals, “He really did have a tough childhood for a bit. And there’s a reason he has the name Lewicki. He was adopted. And his connection to his foster brother is very strong. It’s a great story line for him. It’s also great because we get to talk about religion. We get tot talk about morality and in this case, we talk about racism. And how that comes into it is an interesting hallucination that Pierce has.”

Eric Wants to Be Freddie Mercury

While we had Eric on the phone we had to ask him what pop culture icon he would be for a day. His answer is one of our favorites so far, “I’d have to say Freddie Mercury in 1976, because he was always my favorite growing up because of the combinations of rock and theater. When you see a concert from around that time when he was in great voice he was a showman and a half.”

When we suggested he do a Freddie biopic, we were surprised to hear that he had already thought of that. “Ten years ago I tried with David Furnish, my old friend, Elton John’s partner, to get something made but it’s a tough road. They are very protective of his memory and his legacy.”

He recalled watching proud papa Paul Sorvino as he experienced his daughter Mira winning an Oscar and said he now can relate to that moment, “I’m passionate to see what my kid does and who he becomes. I get that now. That it would actually be more rewarding to see him win an award than it would myself.”