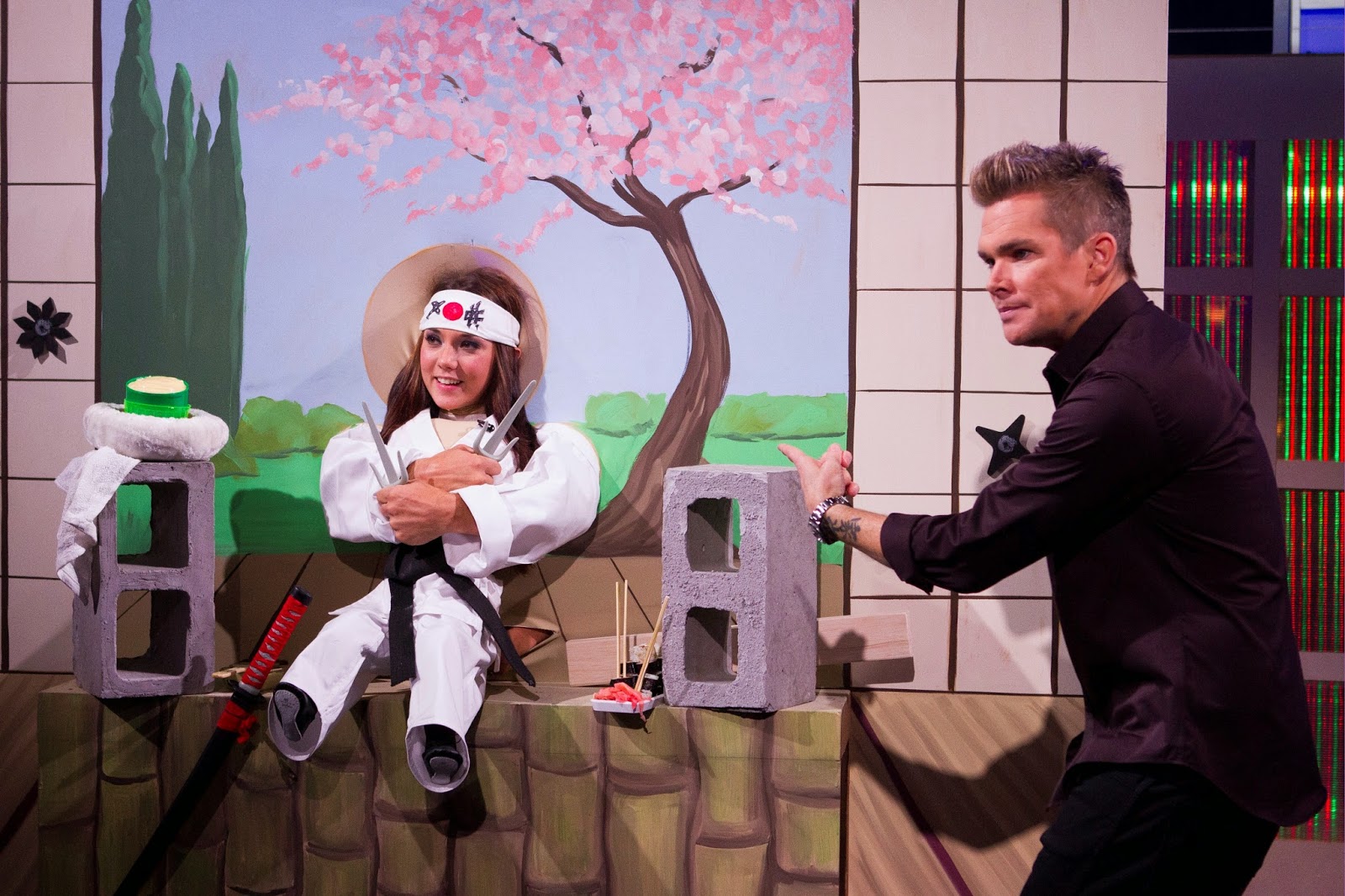 On Thursday night, Killer Karoake returns to the truTV with a new host, Mark McGrath, at the helm. Mark is taking over for Steve O. who was unable to return this season. And if you have never seen the show before, we urge you to tune in. In a recent one-on-one interview, Mark described the show eloquently as "American Idol takes Fear Factor out for a one night stand."

On Killer Karoake six contestants battle it out in a karaoke contest with a twist — a big, scary, awful twist. While singing the performance of their lives, the players also must face their biggest fears, like spiders, mystery slime or a tank full of crocodiles.

Mark was approached by the producer, who he worked with on Don't Forget the Lyrics. When the call came in asking him to host he responded, "Live animals. Karaoke. Performance-based. Where do I sign up? It was a slam dunk."

But for the most part, Mark and the viewers are the only ones laughing. The contestants are scared to death. Mark stated, "The producers are really smart. They vet out the contestants and they find out what their biggest fear is. So if you're fortunate enough, or unfortunate enough, to make it to the finale you will be facing your greatest fear and you will literally be facing it face-to-face."

But he also reminded us that alligators and pit bulls are not the only things that have the players on edge. "What you've got to take away from it is, yes, you're facing your fears. Yes, you're doing all these disgusting things, but you're also performing live. And one of people's greatest fears in their lives, the number one, is public speaking or public performing, So people are facing so many fears at once on this show. It's incredible. I'm pretty impressed by these people. And they can all sing, too. All of them sing better than I do."

And speaking of doing things better than the host, Mark admitted he could never be a contestant on the show. "I would be terrible. I would be awful. I'm the kind of guy who wakes up in the middle of the night and goes to get a glass of water and if there's a cockroach somewhere, I go back and tell my wife about it. I am that guy. And if you have cockroach fear at all this is not the show for you. I wouldn't so any of the challenges."

He continues, "I would host it all day. I'll high five the contestants. But there isn't one challenge I'd do because they're all disgusting. They are fun but they're just gnarly. You're touching cow brains. You're getting slop dumped on you. You're getting dunked into alligator tanks. You're facing African porcupines or giant emus. The list goes on and on. I'm terrified of all these animals and I was on set and I still am today."

But he wasn't fearful a little over ten years ago when he made the switch from singing to hosting. "Hosting kind of found me and it's something that I'm very happy to be able to do."

He explained why he made the move. "Our last record had not lit up the charts. The writing was on the wall for bands of my era — the Everclears, the Smashmouths of the world, the Third Eye Blinds. We were falling out of favor on the radio as every music cycle is want to do. It's been an incredible ride but people are deciding for us that our sound is over."

Around that time an executive from Extra called after seeing him host an MTV awards special. Mark  recalled the conversation, "She said, 'I saw you. You kind of sucked, but there's something there.'" And so the Suagr Ray lead singer dove into the hosting tank head first and was appearing on Extra two weeks later. He stayed for four years and learned on the job in front of America.

Before we ended our conversation with Mark we asked him our standard Passionistas question. "If you could be one pop culture icon from all time and walk in their shoes for one day, who would you choose and why?"

He replied, "I think it would be Paul McCartney. He's the greatest songwriter of all time. He just seems to know how to deal with this superstar fame. It's never gone to his head. I've had the pleasure of meeting him. I've seen him walk into a room and say 'hi' to nobody, but everybody in the restaurant feels like he said 'hi' to them. It's an incredible gift to have. He's given so much to the world — musically and pop culture-wise. He's made some many people's lives better and continues to. He's still touring. He still sounds great. He just seems to have figured it all out. He's got a great attitude, and he's an incredible songwriter. So Paul I'd like to walk in those Clarks of yours someday."

Tune in the the season premiere of Killer Karaoke on Thursday February 20 at 10 p.m. EST/9 p.m. Central on truTV.
Posted by Pop Culture Passionistas at 2:00 AM