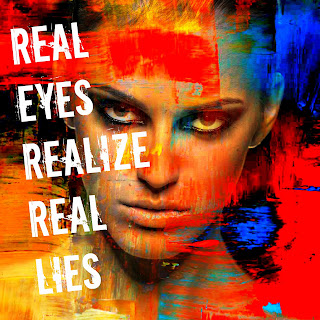 It’s not every day a mixed media artist hits the road like he’s going head with the Rolling Stones’ Zip Code Tour. But Marko Stout is no every day artist.

Born in South Africa, just outside of Cape Town, Stout’s family moved to the United States when he was just a boy. While he was interested in art growing up on the sea shore in New Jersey he never dreamed it would be a part of his future.

In a recent one-on-one interview, Stout recalled, “It was a never realistic career option for my background. When I was a kid my parents used to take me to art museums and I read art books. And I used to sketch a lot.”

Still, when it came time to choose a college major Stout decided to focus on the hard sciences. After getting a degree in evolutionary biology from Princeton, he went on to medical school at Columbia University.

His path seemed like any other hard-working med student’s. Stout recounted that following graduation, “I worked at a veteran’s hospital for a short period of time in Brooklyn and I worked for some other doctors down on the sea shore in New Jersey for a little while.”

He also managed to work a bit of his creativity into his otherwise more methodical profession, “I did some freelance medical illustrating,” noted Stout. “I always liked doodling around so I did medical drawings for different sorts of things, different medical journals, what have you.” One of his pieces even made it to a coveted cover spot.”

And yet despite his success, Stout felt he needed a change. “I felt I got as far as I could developing as a human,” he admitted. “I wanted to do something a little more creative, a little more interesting, that might be more fulfilling to myself.”

During his journey of self-exploration, Stout found himself living on a houseboat in Sausalito, California, just north of San Francisco. There amidst a diverse crowd, he met a man who would change the path of life. “I was living on a houseboat with this very eclectic, eccentric, bohemian community — a lot of ex-hippies,” remarked Stout. “My neighbor, it turned out he actually owned an art gallery and he was a painter. He was very much into it. He spent a lot of time out on our deck, which was actually a dock, and we spent time having cocktails and talking about art. He eventually got me into art, showed me some technique and told me different theory.”

Ultimately, Stout made his way back to New York and as he humbly put it “did some drawings and some paintings.” They must have been pretty good, because they landed in a small gallery on the Lower East Side of Manhattan. The collection drew interest and pieces started to sell. That’s when the former-doctor realized that he could turn his passion into a career.

Influenced by the likes of Andy Warhol, Jeff Koons and Jackson Pollock, the modern artist describes his work by saying, “It’s figurative. Most commonly I have a woman or a female model in it that I work with. The first thing you probably would notice, especially with the prints and that work, you would notice the bright colors. There are a lot of bright colors that I use that’s to show the energy behind the city life, the urban lifestyle that we live.”

Stout also concedes that the vibrant splashes in his pieces may just be a subconscious nod to his homeland. “There’s a lot of bright colors in South Africa, I don’t know if it’s consciously but, certainly that influences a kid growing up. Just the houses, you’d see these row houses, they were all painted these bright blues, bright reds, yellow colors, which obviously appears in a lot my artwork — and just the colors alone. Even though New York is so much different than South Africa, my artwork certainly has a lot more bright colors than other New York artists would maybe tend to use.”

But don’t be fooled, Stout is a New York City artist and his latest installation just may represent that better than any of his previous works. He talks about his inspiration for Chelsea Girls, “I wanted to create an interesting piece of art, interesting work. And to create something interesting, you need interesting people, interesting models, interesting subjects. So I went to Chelsea, which I still find to be one of the more interesting areas of the city since we still have a lot of the bohemian, free spirit characters who live down there.”

Now Stout’s “Chelsea Girls” have hit the road. Starting this past April in New York, his work is on a 10-city world tour that kicked off in New York City (where else?) and will wrap up in Paris in June of 2016. Take that Mick and Keith. In between the show will hit Beurs van Berlage in Amsterdam, Berlin, Toronto, San Diego, Miami, Stuttgart, Los Angeles and Palm Beach. And knowing how buzz is growing, it wouldn’t be a shocking to learn they were stopping in a yet-to-be determined location in a town near you.

To learn more about Marko Stout and the “Chelsea Girls” installation visit his website at markostout.com.

Posted by Pop Culture Passionistas at 9:15 AM